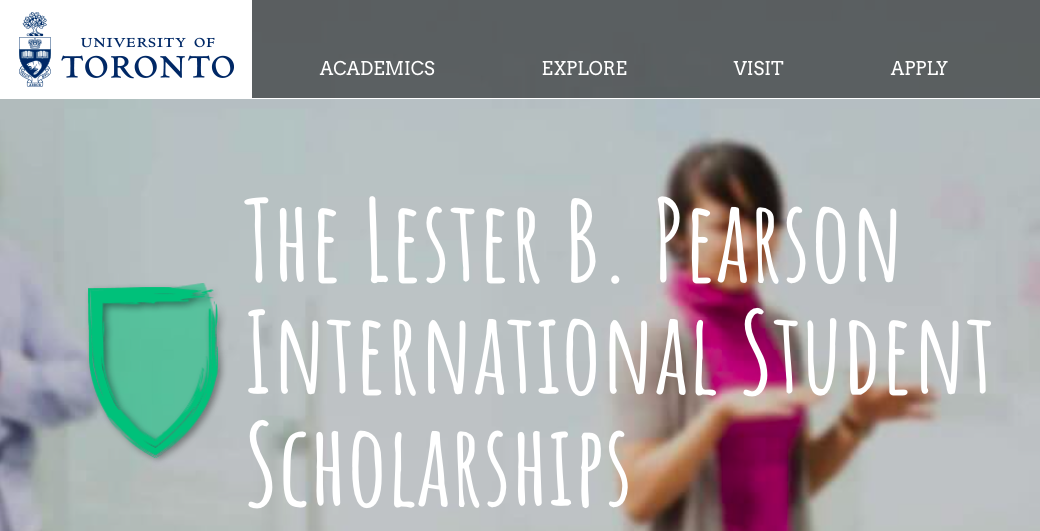 The Lester B. Pearson International Scholarships, one of the top scholarships available to international students, offers to “cover tuition, books, incidental fees, and full residence support for four years,” a value ranging from over $100,000 to almost $300,000, depending on the program chosen, quite a substantial sum!

This scholarship is named after Canada’s 14th Prime Minister. Generally considered one of Canada’s greatest Prime Ministers, he earned the Nobel Peace Prize through his efforts to peacefully resolve the Suez Crisis, kept Canada out of the Vietnam War, and introduced many important government programs like universal health care and the Canada Pension Plan. His government even introduced the iconic maple leaf flag.

CINEC is pleased to announce that we have nominated three competitive candidates from our BC offshore schools for this prestigious award. We would like to thank all of the teachers and administrators who have helped us with the nominations by providing their own insight into these students’ unique accomplishments and abilities.

To qualify for this award, students must come from outside Canada, applying for their first year at the University of Toronto. Pearson scholars must also: “demonstrate exceptional academic achievement and creativity, be accepted as leaders within their school, and have the potential to contribute to the global community in the future.” While many of our students fit these criteria, unfortunately only one student per school can be nominated per year.

Our first candidate, from Luwan Senior High School’s BC Program, is Beatrice Ding. Like all our nominees, she maintains very high academic standards. Beatrice has demonstrated a passion and commitment to her community by, amongst other initiatives: organizing school-wide activities, managing the ultimate Frisbee team, serving as President of the Student Council and hosting and organizing performances at the National Representation Competition in Shanghai. Our second candidate, from Nanyang Private Model High School’s BC Program, is Lionel Liang. Lionel has shown significant leadership inside the school in both the Speak Up Program and the Hockey Club, making his own unique contributions to his school. He also volunteers outside of the school, such as checking people’s temperature during the covid-19 pandemic and helping people in his community sort their recycling. Our third candidate, from Jiaxing Senior High School’s BC Program is Alan Zhang. Alan took the lead on many school initiatives as President of the Student Council and Minister of Photography for the Media Club’s Photography Department. He also made a lasting contribution to his school, by advocating for and helping to organize his school’s first participation in the ASDAN Business Simulation, which has become an annual tradition at the school. We look forward to late April 2021 when Pearson Scholarship announcements are made. Wishing our three candidates the best of luck!