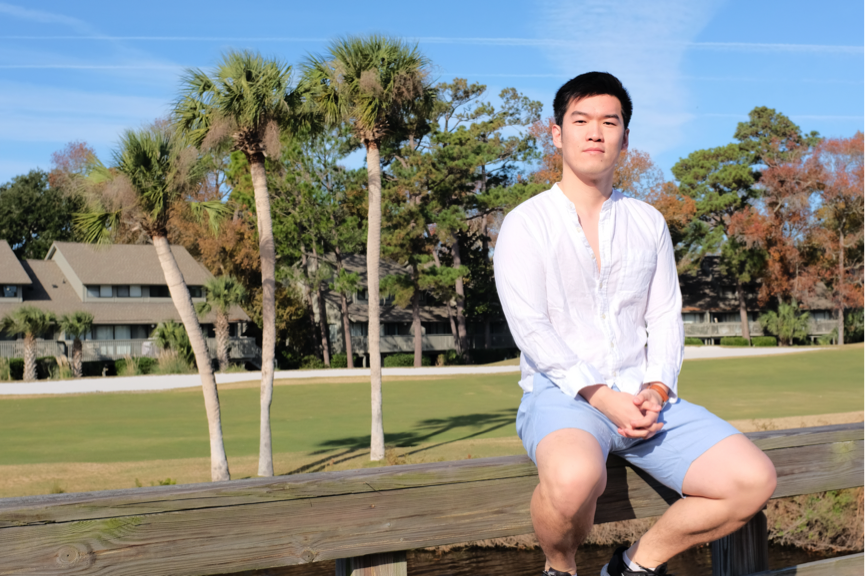 To study in one of the “Ivy League” schools is the dream of many Chinese students. But in reality, only a handful of them can actually get to the institutions of their dreams. Guess what, one of the Co-President of our CINEC Network Alumni Association happened to be “The Chosen One.” Let’s take a minute to listen to his story, shall we?

My name is Stark Li and I graduated from Jiaxing Senior High School BCOS program in 2015. In 2019 I graduated from Cornell University with a bachelor’s degree in Electrical and Computer Engineering and I have been working in a tech firm called Cognex Corporation for the past two years in the Greater Boston Area. I am a voracious reader and book lover! I also enjoy various physical pursuits, like hiking, frisbee, basketball, pretty much anything outdoors really!

What do you miss the most about high school?

What I miss the most was the school and life balance (especially after working for 2 years). Sure, the coursework was demanding, but we had such a great time with our BC teachers. We are THE first class from the BCOS program in Jiaxing, so we were the pioneers, and we would try out and organize different events as we went.

I remember for our first year for every Friday night, we would have a movie night with Mr. Buttar and he was a big movie buff so we watched a ton of classics like “Shawshank Redemption,” “Schindler’s List,” and “The Unusual Suspects.”

I also miss the traveling basketball games. During the basketball season, we would travel to other BC schools for away games and those were also great memories for me and a good way to take my mind off stress back then.

How did you feel when you received the offer letter from Cornell?

I was pretty elated at the moment, and I allowed myself to embrace that feeling for a few days but the feeling faded away pretty quickly and what followed was a mixture of excitement and uncertainty. Excitement for the adventures that lied ahead, uncertainty for I knew I would face a ton of choices alone and I had no clue if I would be making the right choice or not at the moment. I also recalled that was one of many moments in which I felt that hard work pays off!

What led you to decide upon your major during university?

I chose Engineering because it literally opens doors everywhere. There was a saying that you will see blasted on the walls of Phillips Hall if you ever visit Cornell, which screams “Cornell ECEs can do everything”, which I found to be true. It also offered an opportunity for me to study and learn from a lot of legendary scholars, all of them topped of their respective fields and were willing to take you under their wings.

Have you faced any challenges when you were exploring the job market? What led you to your current employer?

Honestly, I didn’t know I was going to be working the semester that I would be graduating. I have always thought of myself pursuing a Ph.D. somewhere and left my mark in academia because most of my college experience I was working on academic research either in engineering or other scientific disciplines. In winter break of 2018, I went on a road trip with five Ph.D. candidates from New Jersey to Florida and they made me realize that Ph.D. was not really right for my temper.

I decided to try my luck with the last career fair of my college career, and towards the end, I was talking with this random guy at the booth about the company represent and he was telling me that they had a rotational program for graduating seniors who had an engineering background with a knack in business management and public speaking. I would have the opportunity to work on different projects with various functional groups spanning engineering, sales, PM within the company while also learning directly under VPs and Director level executives. The job description was super up my alley, so I ended up applying and got the job.

If you could talk to your Grade 12 self, what would you tell him?

I’d tell him to enjoy and live in the moment! Where we stand right now came from an infinite number of choices and decisions that we made in the past which led up to this moment. To quote from Christopher Nolan’s new movie, TENET “What’s happened, happened, it’s an expression of faith in the mechanics of the world, but it’s not an excuse to do nothing.” We can’t change things from the past and I like where I am standing currently in my life, so I want to tell him to enjoy the little moments in life and live every minute of it!

“How will you measure your life” by Clayton Christensen

“The Undoing Project” by Michael Lewis

“How to win friends and influence people” by Dale Carnegie

“This is Water” by David Foster Wallace